i know this game is urielmanx7 creation with some your sprite Pen, and if i remember well soon should be a new update after resolved the bugs with the report of the betatesters 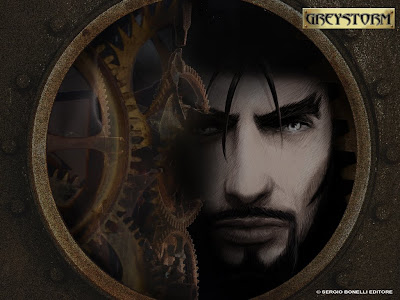 Congrats pen and Uriel on the new demo! I'm enjoying the new sounds and new revamped system (somehow my old saves from the previous demo worked! But... The wolves were doing 220 damage per hit >.> poor mitsuko..)

Went through a few times and enjoyed the new layer of difficulty, (the voice is really good too!) I found that the sword is the best weapon as the spear swings too slow and the daggers don't stun enough.

I found a few glitches and such the I couldn't post on your blog, allow me to put them here.

-first, the second door leading out of mitsukos cage on the lower level (where you fight dogs to open each door) can be climbed on which teleports you to the upper floor. The dogs also sometimes fail to spawn (hence how I found the glitch) and never come back: trapping you in that portion of the map. Oh noes!

-I've only found these glitches on hard but:
I shot a few flame shots at a dog and it actually GAVE him health! A little +3 came up!
Sometimes the ammo Pick up will drain your ammo! Sometimes it won't give you any at all and sometimes it will give you very little or a lot, even though its the same ammo pick up. (Not small. A large one)

That's all I've found so far. While I'm a little wary to tell you: juggling is very effective (the up A) almost ok effective as slimes and dogs can be caught in an infinite loop with that.

Also: slimes seem to get up really fast, giving you no big chance to escape if you are grabbed and escape (dunno of that's on purpose or not)

That's all I've got so far! But I'm really enjoying the game! And the new doggies look super cool ^_^ and I did notice a little alteration in their rapes, still the same position but a little alter ^_-
Top

-_- There are 3 separate sites you can download it from.

-_- There are 3 separate sites you can download it from.

Bumping this for interest.
Top
Post Reply
7 posts • Page 1 of 1